Living in Wolverhampton and loving food provides you with a bit of a problem. With the odd exception of a few gastro-pubs there aren’t really any stand out places to eat out and have the option to order something out of the ordinary, just the usual chains and a few knock offs of those chains. This doesn’t apply universally as there are a few cafes and things that are pretty good but Wolverhampton does have a habit of leaving you stuck for places to go. That is however unless you hop on the train to Birmingham.

Birmingham city center is luckily only a 20 minute trip down the line and offers a lot more choice when it comes to food and drink, so this week my friends invited us out for a wander and a bite to eat at the new ‘Rub’ restaurant on broad street. To give you a bit of background, Rub is a small chain of American style diners that seem to be very much focused on bringing an authentic experience to the high street with their huge portions, sweet/savory combinations, slow cooked meats, burgers and fried chicken that US cuisine is famous for. It looks like a recipe for success doesn’t it? the question is does it deliver?

We got there at around 6:50pm and walked into the foyer where we were greeted by two staff members and shown to the lift that takes you into the restaurant, the decor as you enter the building is modern and interesting, with artificial grass style carpeting and chip board walls that lead you into the elevator. The lift (which also has artificial grass in it) took us up to the top floor and opened its doors to reveal a booming hive of activity that graced my senses and notified me that I had most certainly arrived!

First impressions were that the place was buzzing with activity and it had a real fun factor without feeling too juvenile. the intriguing decor from downstairs was continued with tables and chairs that looked like they were made from pallets and painted intermittently, yellow and blue. The place has a great aesthetic and I really liked it. Sitting down and looking at the menu was a little bit of a task as the menu is so huge, this combined with my large appetite creates a bit of an issue, as being so spoiled for choice can be frustrating at times. The contents of the menu however did offer a good range of everything you would want from an American inspired restaurant including things like corn dogs, ribs, mac and cheese, hush puppies and slaw.

After much deliberation we decided upon a large sharing starter called ‘Born in the USA’ to begin with that we could share between the four of us, which consisted of a bowl of pulled pork nachos in the center of a platter that held four chicken wings, onion rings, pork crackling, garlic bread, mozzarella sticks and a selection of dips, finished off with four potato skins filled with bacon and cheese. Needless to say that if you were to order a few drinks this could easily sustain you all night on its own between two people, between four it was just enough. The potato skins were good, not too filling and not overdone as I cannot stand skin on potatoes that have shriveled up and dried out due to waiting to be thrown lazily out to a customer for hours upon hours in an oven. Everything else was pretty textbook really although the nacho’s stood out as the party piece. At first you don’t actually realise they have any pulled pork anywhere near them as it is buried deep within a cheesy, guacamole smeared corn chip crust. Only upon digging do you strike gold, or in this case, low and slow pulled BBQ pork that melted in the mouth and really set everybody up for the next part of the meal, which seemed to bode well so far.

It took me the entire time we sat eating our starter for me to choose my main and I still changed my mind when the waitress took my order! I ordered the ‘Rub burger’ which is the bog standard house beefburger but added a few extras to turn it into something a little bit more special and interesting. The beef burger came in a brioche bun branded with the Rub smokehouse logo and was filled with the following extras: beef brisket, caramalised red onions, bacon and blue cheese and I switched the fries for sweet potato fries, this turned it into a little bit of a mouthful to say the least. Upon receiving it everything looked great and it delivered in terms of its aesthetic, however the actual burger itself wasn’t by any means the best burger I have ever had. I ordered the beef medium rare but it was fairly dry and the texture wasn’t as good as I would have hoped, but it wasn’t a bad burger, just a few minutes past how I like it. The brisket was the star though as it redeemed the meal some points that the burger had lost, very much like the pulled pork it just wilted away when it was given the slightest tug and almost completely gave up on having any sort of resistance the moment you started to chew it. Finishing the burger off nicely was the blue cheese and bacon which gave it a much needed salty richness that elevated it a few levels and gave it the extra dimension that it needed, paired with the crunchy sweet potato fries it was a very enjoyable experience indeed.

Given all that I am sure you can understand dessert was not really an option this time but the menu looked interesting enough, including an item called the ‘Kitchen sink’ which you guessed it… come out in a small aluminium kitchen sink. extra points for having a sense of humour! speaking of which Rub doe not seem to take itself too seriously which is nice, the atmosphere is relaxed throughout even if it can get a little bit loud sometimes, you never feel overwhelmed or claustrophobic. There are little quirks to found like the sign to find the toilets that reads “for those that tinkle and for those that sprinkle” with the corresponding arrows to men’s and ladies bathrooms, the quirky cocktails and desserts that come out of the kitchen with what can only be described as fireworks hanging out of them (literally). The only downside is that it’s the type of place where the staff seemingly maul people on their birthday with the raucous rendition  of ‘Happy birthday to you’ while serving their dessert, and I kind of hate that. But that is more down to me being a miserable old fart at the ripe old age of 26.

So in summary the staff treated us well and were attentive to our needs, the food was not by any means perfect but it was a thoroughly enjoyable meal on the whole. The time that we spent in there on a busy Saturday night didn’t feel like we were being rushed out of the door while the food was hearty and satisfying, it was pretty good value for money at the same time too as including drinks between four of us it came to around £90, which, in Birmingham city center is pretty much about average. It was a restaurant that needs to be visited really to see if it is your type of thing but it is certainly mine. This place is a must visit in a big city with lots of really good restaurants that provide great food, and that is high praise in itself. 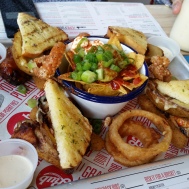 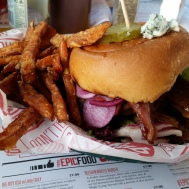 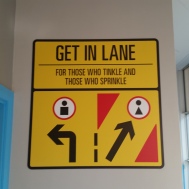